–>> Does Covid-19 Infect the Brain? – (October 2021)
Dr. Austin Perlmutter reveals what medical research is showing about the reported cognitive and psychological effects of the virus.

–>> Are You at Risk for What Comes Before Dementia? – The Daily Beast (December 2021)
A recent Columbia University study identified several factors linked to increased or decreased risk of mild cognitive impairment (MCI).

–>> Could Estrogen Help Shield Women’s Brains From Alzheimer’s? – U.S. News (November 2021)
A new study led by Dr. Lisa Mosconi has shown that when women had more estrogen exposure during their lives, they also tended to have more gray matter volume…supporting the idea that estrogen can be protective.

Valentine’s Activities for Dementia Patients to Demonstrate Your Love

Valentine’s Activities for Dementia Patients to Demonstrate Your Love

March 31 is a Double Deadline for People Eligible for Medicare

March 31 is a Double Deadline for People Eligible for Medicare

Hearts & Minds thanks Kallidus Group for developing and donating our website!

Add your name to our mailing list so we can keep you updated about upcoming events, specialty drives, new initiatives, and more.

Hearts & Minds thanks our donors and sponsors 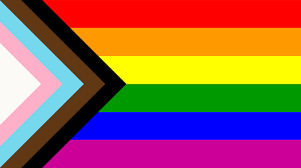 All persons are welcomed, valued, and respected at the Hearts and Minds Activity Center.